THANK YOU!: An Essay In Honor of National Library Week

The theme for this year's National Library Week, observed April 10-16, is â simply enough â "Libraries Transform."
As an author, there are endless op-eds I could write on the plight of our state and national libraries. They continue to endure â much like the world of publishing â a stunning sea change in terms of technology and its impact on readers as well as massive budget cuts. Instead, I wanted to focus on the theme of "Libraries Transform" and why â in its simplicity â it's so profound. 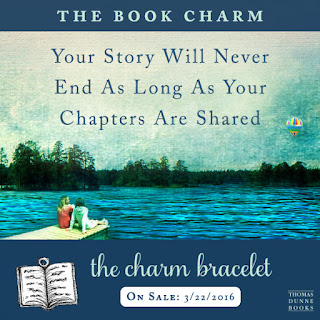 One of my earliest and fondest memories from childhood is going to the library â hand in hand with my Ozarks grandmother â who used to volunteer there. The library was one of our neighboring town's oldest buildings, and it sat under ancient, arched trees. The steps were always a bit mossy in spring and leaf-strewn in the fall, but walking inside was akin to entering heaven. It smelled like another world, a magical world, a world filled with secrets I needed to know.
My grandmother was a voracious reader, and she and my mother helped make me one as well. My grandmother's two favorite books were The Bible and Walden, and she jokingly said that in the Ozarks, where I grew up, it was heresy to read anything but the Bible or to put any book on a similar level. But she felt reading was a key to understanding the world and those who were different than she was.
"We live in a small town," my grandma would say, "but the world is big. That's how your mind must be, too."
I spent hours in that library, reading, talking to the librarians about their favorite books. It was there I read Nancy Drew and The Hardy Boys, Where the Red Fern Grows and Call of the Wild. I read newspapers. I read magazines. I read Erma Bombeck, a Midwestern humorist who would become my inspiration.
Every summer was spent with my grandparents at their log cabin on a crystal clear, ice-cold creek in the middle of nowhere. We had nothing but each other and books: No microwave, no TV, no phone. When my grandma would head up for groceries, she would also return with a trunk load of library books. She would read to me as we rocked on a barn red glider that sat on a bluff overlooking the water; I would read in tree swings as well as on innertubes as I floated in circles.
I read, and I read, and that's when I started to write.
I often didn't fit in at school, and the local library served as my refuge. I was encouraged not only to read, but to be smart, think critically, think beyond the small world in which I lived. More than anything, I was encouraged to dream, and let me tell you this: Once that seed is planted, it immediately takes root in a child's soul.
There is nothing bigger, or more special, than a child's dream.
Erma Bombeck once wrote: "As a child, my number one best friend was the librarian in my grade school. I actually believed all those books belonged to her."
And despite the stunning sea change in our library system today â as well as publishing â that core has remain unchanged. Reading changes lives. Books change lives. Libraries change lives. And they remain the centers of our communities and our lives. I'm here to restate the obvious: What libraries do changes lives. I know because they changed mine.
And they continue to do so:  I've traveled the U.S. speaking at libraries â including all over the state I love and now call home â and have been stunned at their enduring power. I've spoken to grade school children and nonagenarians. Libraries have made me feel â more than anywhere, else save our nation's independent booksellers â that what I do is vitally important and what they do transforms lives and fuels dreams.


So, I simply want to say this week what I'm sure too few people say to our libraries and those who support them: Thank you, from the bottom of my heart.